New York has very little to offer in the way of surprises. Most of the city’s sights are so well known, so widely explored in various entertainment mediums that even people that have never been to the city know exactly what to expect before they arrive.

Of course, people that have spent a little more time in New York will tell you that the city is more than just its most famous landmarks. There is a multitude of attractions hidden away in the nooks and crannies of the city, sights, and eateries off the beaten path that could make your visit to New York that much richer, some of the best secrets New York City has to offer including the following: 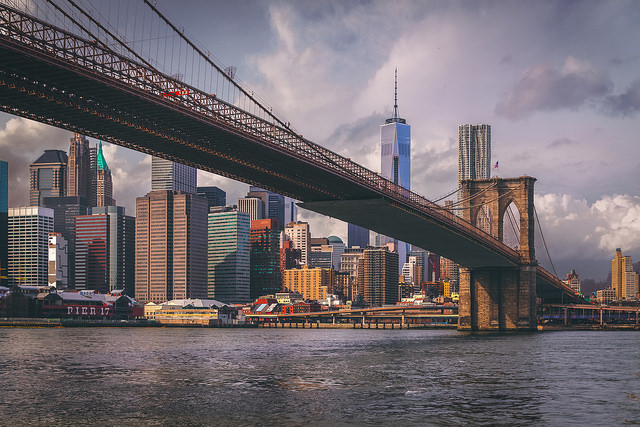 Those people who rarely take the journey to Midtown are probably unaware of this quaint hideaway between Second and Fifth Avenues. A small, cozy, ivy-covered space, Greenacre park is a soothing and relaxing place, with a stone backed waterfall that will adequately drown out the sounds of screaming sirens and horns.

No one ever really comes to New York for the beaches, yet beaches do exist and might prove to be quite the inviting surprise for most foreigners. Exploring Brighton Beach, Rockaway Beach and even the beaches of Coney Island will give you a new appreciation for this great city.

New York’s sky-high gardens and bars are an inviting attraction for both visitors and locals. Places like the Cantor Roof Garden provide a variety of sculpture exhibitions in the summer while Gramercy terrace stands a class apart with its cocktails and beautiful guests. Hotel Gansevoort’s rooftop pool adds a whole new dynamic to swimming.

There are sections of the Berlin wall at 520 Madison Avenue. These historical entities, which are wrapped in the works of German Artists, have stood in place for over a century.

Situated within the sixty square feet of a Tribeca Freight elevator is a museum filled with items and objects of note but which some might call trash, such as the shoe someone threw at George W. Bush. You won’t find a better and more creative use of space in the whole city.

You can look forward to tugboats of all shapes and sizes, most of them half-submerged in the waters and all of them very much spooky. The graveyard is one of New York’s strange yet appealing sights.

Impressive as the Brooklyn bridge might be to walk and drive over, the underbelly is where its true appeal lies, this space playing host to a cold war bomb shelter and the Brooklyn Anchorage (replete with spaces for a literary, music and theatrical rooms).

Anyone looking to enjoy those more exotic facets of New York’s nightlife will love this Manhattan space and its offering of traditional Bulgarian flavors. The disco ball makes the gypsy music all the more enticing. The vodka will have you drinking like a soviet soldier.

This spooky state park is a far cry from the conventionally warm and inviting parks of New York, home to a dilapidated psychiatric center and playing host to many remnants of the past.

Often written off as one of the more conventional sights in New York, Central Park has far more secrets to offer than even locals realize. Rent a bicycle , explore the park and you might be surprised by what you discover. From Shakespeare’s garden (where every handpicked flower is mentioned in the author’s works) to the whispering bench (where you can whisper messages to someone sitting at the other end) and five breathtaking waterfalls, Central park is a wonder that all visitors should take the opportunity to behold.

New York City is so much more than the few dozen sights and attractions you have seen in the movies. It has so many gems just waiting to be discovered the curious and determined.